"He played a full part in the journey of the Lincoln Loco, and he has my everlasting thanks for that."

It was announced earlier that The Imps have sold John Akinde to League One side Gillingham for an undisclosed fee, reuniting him with Steve Evans having worked together at Crawley Town in 2011/12. We would like to thank John Akinde for his time with The Imps and wish him well for the future. Views from […]
Read More
VITALFOOTBALL.CO.UK

“I thrived on it last year” – Long Looks to Secure Position

Oxford United will be looking for their first league win in four when they visit Gillingham in League One. The U’s lost at Doncaster on New Year’s Day before another defeat at home to Rotherham United last weekend and were held to a goalless draw against Ipswich on Tuesday night. The Gills have had three […]
Read More
VITALFOOTBALL.CO.UK

Gillingham made it seven matches unbeaten with a 0-0 draw at Peterborough on Steve Evans' first return to the club that sacked him 12 months ago.
Read More
SKYSPORTS.COM 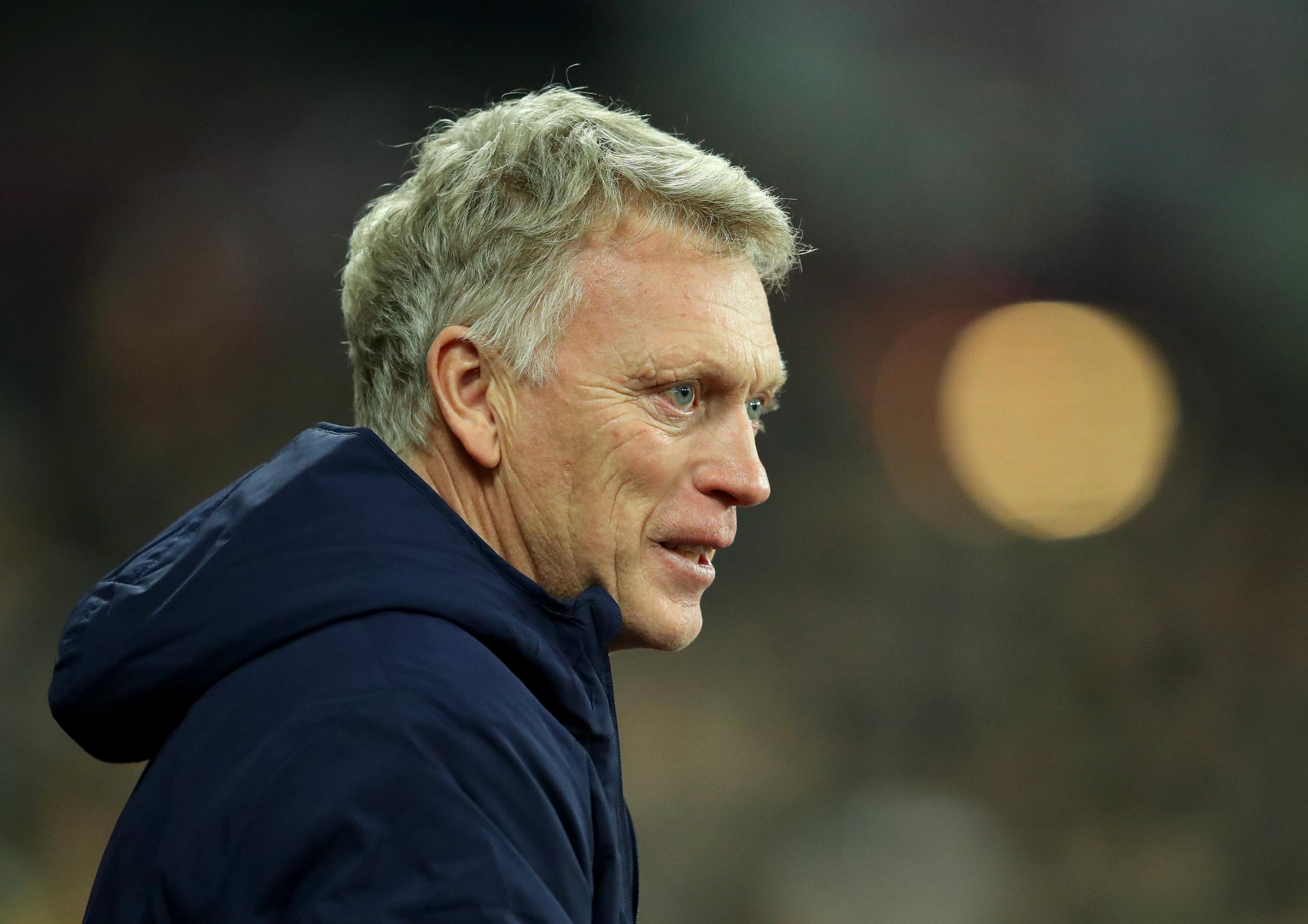 For his toughest test since returning to West Ham, David Moyes sticks with the three-man defence that worked so well against Gillingham.
Read More
STANDARD.CO.UK

The team news is in from Bramall Lane and David Moyes has stuck with his five at the back formation he employed at Gillingham in the FA Cup
Read More
FOOTBALL.LONDON

David Moyes has a tough task on his hands in keeping West Ham in the Premier League and will need some new faces to help him achieve that. His second reign at the London club has started positively with a 4-0 thrashing of Bournemouth followed by a win against Gillingham in the FA Cup. Moyes […]
Read More
TALKSPORT.COM

Mark Noble: Sitting in the West Ham dugout with the gaffer was a fantastic experience 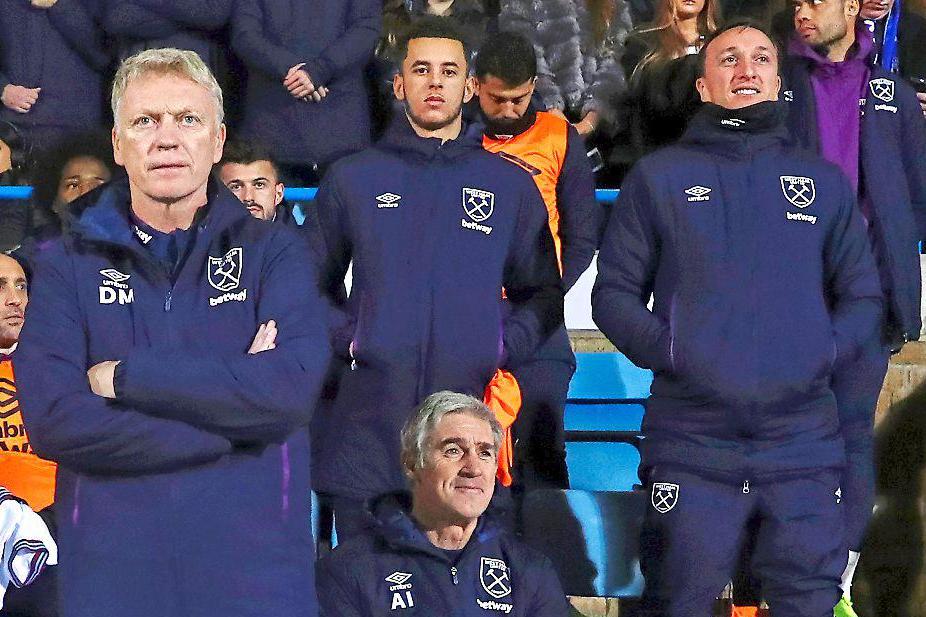 I've been writing regularly in this column that you can't make progress as a team if you keep conceding too many goals, so to have two clean sheets, against Bournemouth in the Premier League and then Gillingham in the FA Cup, was really welcome.
Read More
STANDARD.CO.UK

'When will the lad ever get a decent chance?' - Many Ipswich Town fans react to 26-y/o's exit

Many Ipswich Town fans have taken to Twitter to react to the news that Jordan Roberts has been loaned out by the club to Gillingham for the remainder of the 2019/20 campaign. The winger, who joined the Tractor Boys in 2018 following a two-year stint at Crawley Town, could be in line to make his […]
Read More
FOOTBALLLEAGUEWORLD.CO.UK

For his toughest test since returning to West Ham, David Moyes is set to stick with the three-man defence that worked so well against Gillingham.
Read More
STANDARD.CO.UK

West Ham United fans had a real scare when they beat Gillingham in the FA Cup third round. The Hammers may have brushed the League One team aside, claiming a 2-0 win at Priestfield Stadium, but they faced the danger of losing one of the key men to a long injury. That man was Ryan […]
Read More
VITALFOOTBALL.CO.UK

Opinion: After promising start, West Ham cannot get caught up in romantics

West Ham’s second spell under David Moyes has well and truly begun. The Hammers have started so well under the Scot, beating both Bournemouth and Gillingham to nil, but now the fans can really start to get into life under the former Manchester United boss. With that being said, after just two games in charge, […]
Read More
VITALFOOTBALL.CO.UK

Issa Diop put in a solid performance for West Ham United during their 2-0 win against Gillingham that may get him into David Moyes' thoughts.
Read More
FOOTBALLFANCAST.COM

‘Was hitting form’, ‘Get buying then’ – Many West Ham fans react to latest setback

West Ham’s recent win against Gillingham was a big one and it was one that has seen them get into the 4th round of the FA Cup, and they now face a clash against West Brom at home. However, the big news from the Gillingham game was the injury to Ryan Fredericks. Ryan Fredericks has […]
Read More
VITALFOOTBALL.CO.UK

Opinion: West Ham’s recent statement of intent is something for the fans to get behind

West Ham United fans had a right treat on Sunday evening. When the hour mark came round at Priestfield in Kent, the Hammers will not have been at all happy as they were being held at 0-0 by League One Gillingham, but their 2-0 win was still a solid one. The Irons have been left […]
Read More
VITALFOOTBALL.CO.UK

‘Get him on loan’, ‘Give him a go’ – Many West Ham fans have their say as problem area appears

West ham United fans were so close to being given the perfect start to their FA Cup campaign. All that they needed to do was get through the 2-0 win at Priestfield Stadium against Gillingham without injury for that to happen, but unfortunately, Ryan Fredericks picked up a hamstring injury. I would imagine that this […]
Read More
VITALFOOTBALL.CO.UK

West Ham are into the fourth round of the FA Cup after a 2-0 win against Gillingham, but the Hammers have a fresh injury concern to deal with
Read More
FOOTBALL.LONDON

‘Credit to Moyes’, ‘Taking no prisoners’ – A lot of West Ham fans loved what they saw pre-Gillingham

Yesterday evening plenty of West Ham fans were given an extended start to their perfect year. 2020 has delivered the Irons with two wins, six goals scored and none shipped, and to make things even better they’re in the 4th round of the FA Cup now too, and a lot of that is down to […]
Read More
VITALFOOTBALL.CO.UK 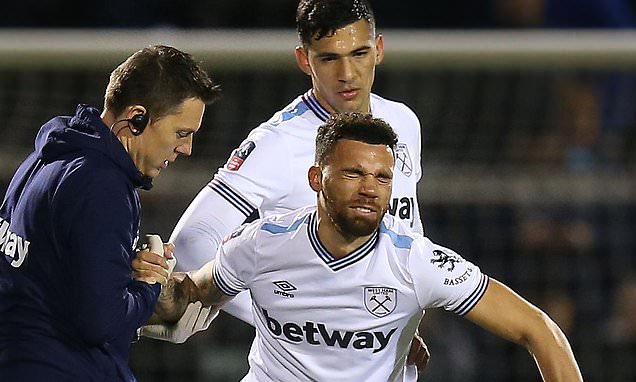 West Ham defender Ryan Fredericks will be out for around six weeks with a hamstring injury. The 27-year-old full-back suffered the injury during Sunday's FA Cup third-round victory at Gillingham.
Read More
DAILYMAIL.CO.UK

The Hammers right back picked up the injury during Sunday's win at Gillingham in the FA Cup and the diagnosis is not great but it's not the absolute worst either
Read More
FOOTBALL.LONDON

The Hammers were dealt a blow in their FA Cup win at Gillingham on Sunday evening as right back Ryan Fredericks was forced off with what looked like a serious injury
Read More
FOOTBALL.LONDON 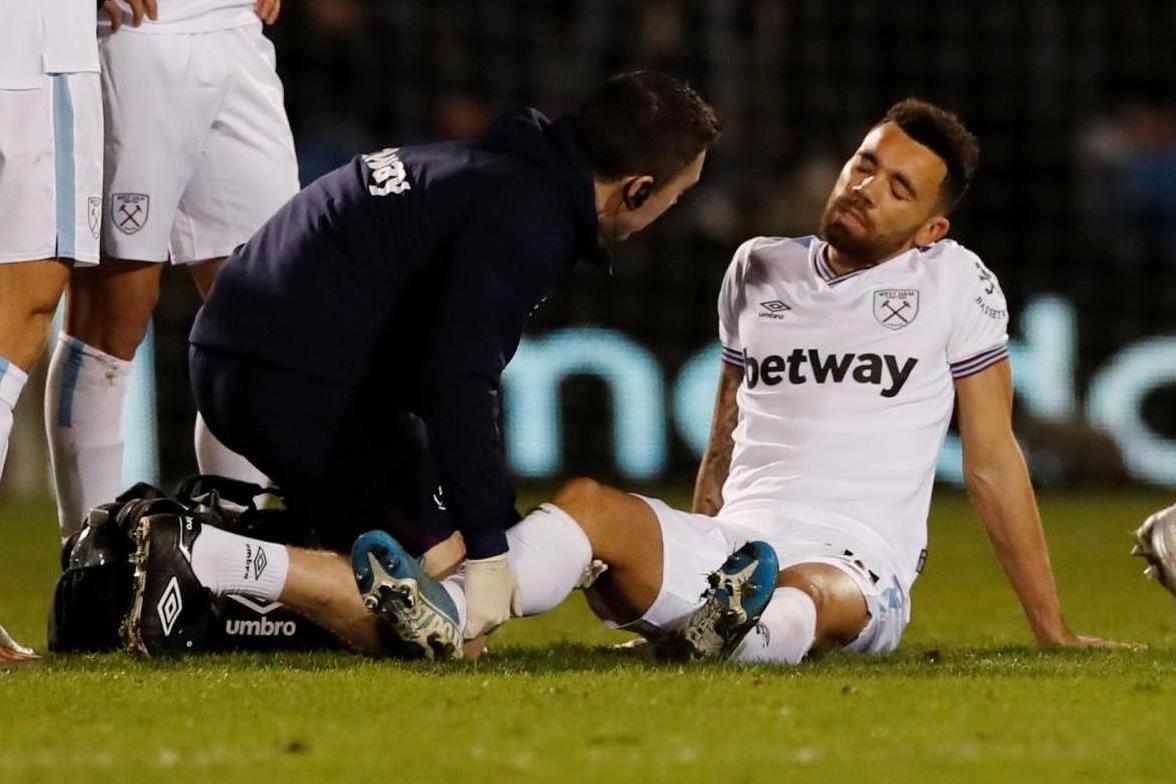 West Ham defender Ryan Fredericks has been ruled out until February with a hamstring injury having hobbled off at Gillingham on Sunday night.
Read More
STANDARD.CO.UK

Here are our main talking points from West Ham's 2-0 win over Gillingham in the FA Cup third round on Sunday evening
Read More
FOOTBALL.LONDON

West Ham are into the fourth round of the FA Cup after a 2-0 win against Gillingham, but the Hammers have a fresh injury concern to deal with after Ryan Fredericks was forded off
Read More
FOOTBALL.LONDON

Dani Ceballos is on loan at Arsenal from Real Madrid.
Read More
HITC.COM