Liverpool are a staggering 25 points ahead of Manchester City in the Premier League table but the campaign has been postponed due to the ongoing coronavirus crisis
Read More
DAILYSTAR.CO.UK

Timeline: How Jose and Pep lost the love and became best of enemies

Quiz! Can you name every signing Pep Guardiola and Jose Mourinho made at Barcelona and Real Madrid?

Jadon Sancho recently celebrated his birthday and the 20-year-old took to social media to thank his fans for their good wishes. Amongst those who commented on the England international’s post were several Liverpool supporters who would love to see the former Manchester City player sign for the Reds. Here is how a sample of them […]
Read More
THISISFUTBOL.COM

Reports suggest eight clubs in the Premier League have attempted to stop Manchester City from playing in the Champions League.
Read More
MANCHESTEREVENINGNEWS.CO.UK

In his column this week, Bernie also discusses Patrick Roberts and the immediate impact of the Manchester City loanee
Read More
GAZETTELIVE.CO.UK

Manchester City are among the Premier League clubs waiting to see how the season will be resolved
Read More
MANCHESTEREVENINGNEWS.CO.UK

Pep Guardiola wants to bring Leonardo Bonucci to Manchester City in a bid to bolster his defense and bud a farewell to their woes. The Spaniard, however, faces a tough fight from Juventus who are not willing to sell the centre-back. Manchester City have been left hanging with a lack of quality centre-back after Vincent […]
Read More
MANCITYCORE.COM

Manchester City's All or Nothing and United's Class of 92 are free to watch
Read More
MANCHESTEREVENINGNEWS.CO.UK

No going back to normal: The way football works will have to change completely when this hiatus ends

Coronavirus has put the Premier League season on hold until at least April 30. Liverpool were a staggering 25 points ahead of rivals Manchester City before the campaign was postponed.
Read More
DAILYSTAR.CO.UK

Man City's defensive dilemma and the man can solve it

“Hope this is not true”, “Not the Wolves way” – Many Wolves fans are not happy with latest report

Many Wolves fans on Twitter are not happy with the reports that the club is part of an eight-team group trying to ensure Manchester City stay out of the Champions League. With Manchester City being banned from the competition for the past two years due to ‘serious breaches’ of Financial Fair Play rules, they plan […]
Read More
VITALFOOTBALL.CO.UK

Pep Guardiola has sold 25 players as Manchester City manager since taking charge of the club in the summer of 2016.
Read More
MANCHESTEREVENINGNEWS.CO.UK 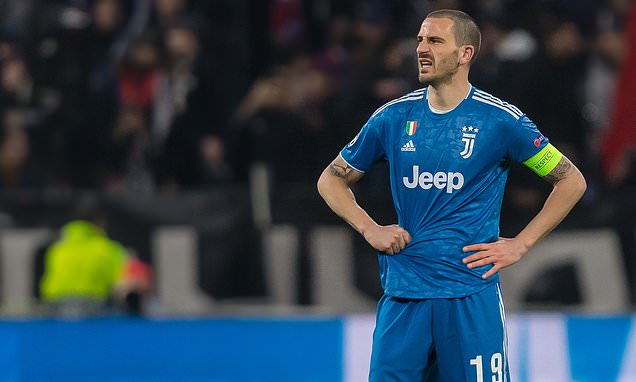 Manchester City have been left short at centre-back this season following the departure of Vincent Kompany and the long-term injury suffered by Aymeric Laporte last August.
Read More
DAILYMAIL.CO.UK

Bernardo Silva's post has got many City fans talking

Fans of Manchester City have been reacting to Bernardo Silva’s post on Twitter, in which the 25-year-old shows City fans just how he is spending his time during the current break from the football season. In his tweet, the City midfielder posts footage of himself cooking, while also mentioning that he is watching Netflix, trying […]
Read More
THISISFUTBOL.COM

Italy, Kidderminster and where 2019 FA Youth Cup winners are now


'It's difficult': Agent responds when asked whether Rangers want to sign 15-goal striker