Swansea City have had a busy window so far, with Steve Cooper making a few additions as he looks to strengthen his squad for the run-in. Whilst the focus is on incomings, the Welsh club are always vulnerable to losing their own players, and one man who is believed to be attracting interest is Yan […]
Read More
FOOTBALLLEAGUEWORLD.CO.UK Raphinha has been an inspired piece of business by Leeds, slotting seamlessly into Marcelo Bielsa's side.
Read More
FOOTBALLFANCAST.COM

Leeds came close to sealing a deal for the former Bayern Munich midfielder last summer but pulled out of the deal due to medical issues
Read More
LEEDS-LIVE.CO.UK

Our panel of fans look ahead to Leeds United’s trip to St James’ Park on Tuesday night and give their predictions.
Read More
YORKSHIREEVENINGPOST.CO.UK

The Leeds United manager signed a one-year contract extension in September, but his insistence on working on a year-on-year basis means his longer-term future at the Yorkshire club is unclear
Read More
LEEDS-LIVE.CO.UK

The Leeds United man has reflected on how his side have performed in the first-half of the Premier League season
Read More
LEEDS-LIVE.CO.UK Adam Forshaw has not been seen by Leeds for a while for a few reasons, including injury, and Phil Hay has provided an update on his future. What Phil Hay had to say about Forshaw Hay was asked about what the future holds for the player and he tweeted: “Still isn’t ready and it’s very […]
Read More
FOOTBALLTRANSFERTAVERN.COM

Steve Bruce will not be speaking to written journalists ahead of Leeds United’s visit to St James’s Park.
Read More
SHIELDSGAZETTE.COM Leeds United recalled Ryan Edmondson from Scottish side Aberdeen in order to loan him to Northampton and Kevin Phillips has been speaking about him following his debut for the League 2 side. What Phillips had to say about Edmondson Speaking about Edmonson and how much a loan move will help his development, Philips said: “It […]
Read More
FOOTBALLTRANSFERTAVERN.COM

Everything Gary Neville has said about 'brilliant' Leeds United this season

The former Manchester United man has had plenty to say about Leeds following their return to the Premier League
Read More
LEEDS-LIVE.CO.UK

JAMIE Redknapp has described Leeds United as "bang out of form" but is still unsure if a "paceless" Newcastle United side will have any joy against the Whites at St James' Park.
Read More
YORKSHIREEVENINGPOST.CO.UK

The Whites travel to St James' Park on Tuesday night looking to end their own poor run against Steve Bruce's side, who are winless in 10.
Read More
LEEDS-LIVE.CO.UK

'Have a day off', 'Don't have a clue' - Many Leeds United fans rip into star's 'excuses' 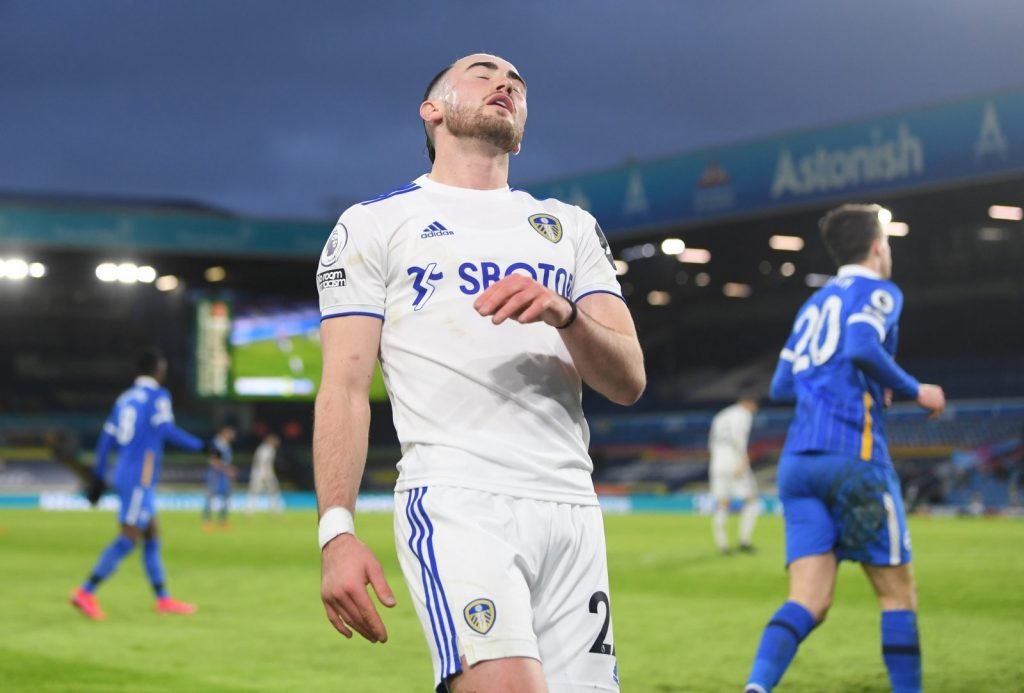 Fans of Leeds United have been reacting to a post on Facebook, which relayed a report regarding Jack Harrison’s comments on the condition of the pitch at Elland Road. In Beren Cross’ report for Leeds Live, the winger refused to criticise the surface at Elland Road, which Cross described as ‘one of the worst surfaces […]
Read More
THISISFUTBOL.COM Leeds United have been linked to Championship prospect Louie Sibley and former Premier League forward Kevin Campbell thinks he would be a great signing for the Whites. What Campbell had to say about Sibley Speaking to Football Insider, Campbell said: “Listen, if Leeds United want Sibley then they believe that he is ready for the […]
Read More
FOOTBALLTRANSFERTAVERN.COM

For decades neutral fans looked on Leeds United's fall from European football to League One with pity, now it is Newcastle's turn
Read More
LEEDS-LIVE.CO.UK PREMIER League status means Leeds United's players have never played under as much scrutiny, but Mateusz Klich insists they should embrace it.
Read More
YORKSHIREEVENINGPOST.CO.UK Leeds United are in a bad patch of form currently and attacking star Jack Harrison has given an honest assessment on what has been missing and what needs to change to turn things around. What Harrison said about Leeds Speaking via the Leeds United website, Harrison said: “The efficiency in our attacking end has to […]
Read More
FOOTBALLTRANSFERTAVERN.COM

Newcastle United welcomed their talisman back to the teamsheet against Aston Villa on Friday night
Read More
LEEDS-LIVE.CO.UK

PREMIER League status means Leeds United's players have never played under as much scrutiny, but Mateusz Klich insists they should embrace it.
Read More
YORKSHIREEVENINGPOST.CO.UK

NEWCASTLE United boss Steve Bruce said he was left encouraged despite Saturday's 2-0 loss at Aston Villa but admitted the Magpies had a problem at centre-back ahead of Tuesday's clash against Leeds United at St James' Park.
Read More
YORKSHIREEVENINGPOST.CO.UK

Leeds United will be looking to resurrect their Premier League form with a couple of positive results over upcoming opponents Newcastle United and Leicester City. The Whites have hit a dip recently and are coming off the back of three consecutive defeats. Their shock exit from the FA Cup at the hands of Crawley Town seems […]
Read More
FOOTBALLFANCAST.COM Bristol City have made a bid to sign Wigan Athletic defender Tom Pearce, a report from a print edition of The Sun (24/01, p59) has claimed. Pearce joined Wigan from Leeds United back in the 2019 January transfer window, and has since gone onto make 33 appearances in all competitions for the Latics. Now it […]
Read More
FOOTBALLLEAGUEWORLD.CO.UK

Harrison issues Newcastle warning as he reflects on Leeds form

Odegaard to Arsenal: Gunners to pay seven figure loan fee – hope given for a longer stay

‘Here we go’, ‘Nice and easy’ – Many Barnsley fans react to club post

Learning French in lockdown is hard, largely because explaining what I did last weekend is incredibly dull

Photo: “I love this fella” – These Arsenal fans react to amazing picture of Kieran Tierney in training

Five Huddersfield Town players with the biggest points to prove