Harry Kane has been told to seek a move to Liverpool or Man City if he wants to win the Premier League title
Read More
LIVERPOOLECHO.CO.UK

Liverpool have zero interest in reunion with Barcelona flop Coutinho 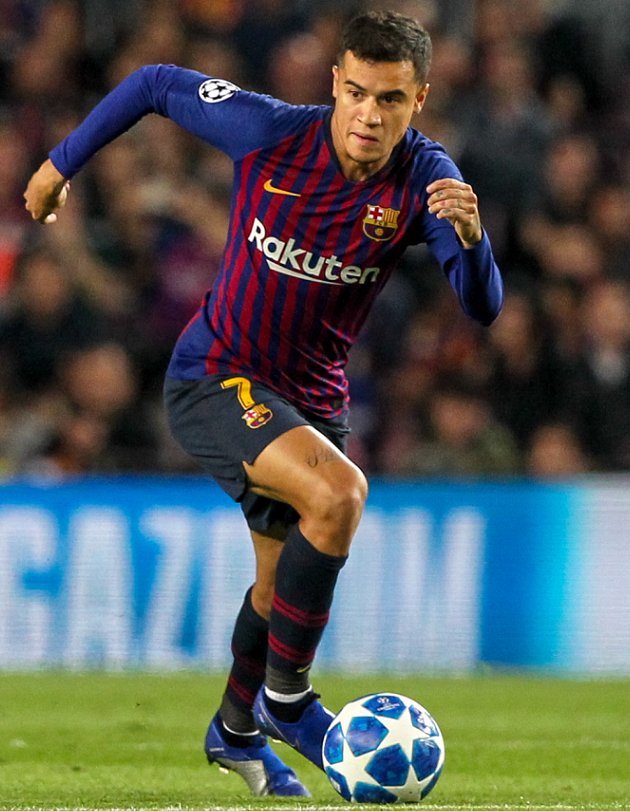 Club chief's comments are a warning to Liverpool, no 'bargain hunting' allowed

Willian: Liverpool's success down to sticking with Klopp for five years but Chelsea have their own way The Blues have had five different managers at the helm since the German took over at Anfield, though both clubs have enjoyed success
Read More
GOAL.COM

Harry Kane has left the door open for a transfer away from Tottenham but Jurgen Klopp is happy for Liverpool to snub a move and let their top-six rivals battle over a summer deal
Read More
DAILYSTAR.CO.UK

Harry Kane would be "stupid" not to leave Tottenham if Liverpool or Manchester City came in for the England striker, says Chris Sutton.
Read More
BBC.COM

A quartet of Premier League clubs are lining up offers for the Liverpool centre back, who is no longer part of Jurgen Klopp's plans at Anfield beyond the end of the season
Read More
DAILYSTAR.CO.UK

The Premier League was suspended with Liverpool on the brink of securing a first tile in 30 years
Read More
LIVERPOOLECHO.CO.UK

Stats Perform AI has provided a simulation to generate a predicted Premier League table that suggests a dramatic finale at the bottom.
Read More
SOCCERWAY.COM

Liverpool Have 'No Interest' in Re-Signing Philippe Coutinho from Barcelona

The Athletic’s Liverpool reporter James Pearce recently shared a clip of former striker Luis Suarez being presented with the PFA Player of the Year award for the 2013/14 season along with some of his most impressive goals.  Here’s how some of the fans have reacted to the post. Missed 7 odd games at the start […]
Read More
THISISFUTBOL.COM

EXCLUSIVE: Talks between Premier League top brass took place to try and get the trophy in the hands of Kop boss Klopp before the season was suspended amid the coronavirus pandemic
Read More
MIRROR.CO.UK

The Reds managed to convince the midfielder to quit Manchester City for Anfield and the 16-year-old now looks set to be the next academy graduate to advance to Jurgen Klopp's first team squad
Read More
DAILYSTAR.CO.UK

Liverpool's Mo Salah was facing up to four months away from Anfield but the dates of next summer's Olympics have fallen favourably
Read More
MIRROR.CO.UK

A group of Liverpool fans have been discussing who is their best full-back in the Premier League era and it came down to a choice between Andrew Robertson and Trent Alexander-Arnold. Supporters were casting their votes on Anfield Edition’s Twitter poll and here is what some of them had to say. Both amazing going forward […]
Read More
THISISFUTBOL.COM

Jimenez compares himself to Firmino and Aguero
Read More
FOOTBALLFANCAST.COM

How Man Utd, Liverpool FC and Everton FC could miss stars for start of 2021 term

The Tokyo Olympics has been moved due to the coronavirus pandemic and will have an effect on players
Read More
DAILYPOST.CO.UK

Liverpool have been linked with Gustavo Maia.
Read More
HITC.COM