All the very latest news gossip and rumours from around the Premier League including possible moves for Manchester United and West Ham United ahead of the summer transfer window
Read More
FOOTBALL.LONDON

A quartet of Premier League clubs are lining up offers for the Liverpool centre back, who is no longer part of Jurgen Klopp's plans at Anfield beyond the end of the season
Read More
DAILYSTAR.CO.UK

Everton and West Ham United have been touted as destinations for Mario Gotze.
Read More
HITC.COM

Angelo Ogbonna's tweet has got many West Ham fans talking

Our View: London club would be making a huge error allowing midfielder to join Leeds

Our view: Reported interest in PL man could mean £50m-rated Hammers player is off

'Imagine if this had been Hazard', 'I'm crying now' - Many WHUFC fans gutted after club's post

Supporters of West Ham United have aired that they were left gutted following a Twitter post from the Hammers for Dimitri Payet’s birthday. On Sunday, it was the Frenchman’s 33rd birthday and to mark the occasion the club posted footage of the attacker playing for the Irons (as per West Ham), which left fans gutted. […]
Read More
THISISFUTBOL.COM

“Unreal that day”, “Thing of beauty” – Lots of Everton fans reflect on “one of the best” recent displays

Lots of Everton fans have been reflecting on the club’s 2-0 win over West Ham United in March 2019, which some consider to be one of our best away displays in recent years. Marco Silva’s Toffees visited the London Stadium on this day a year ago and would take advantage of a “complete disaster” of […]
Read More
VITALFOOTBALL.CO.UK

West Ham United's Rice has reportedly been a subject of interest from many top clubs across the Premier League.
Read More
HITC.COM

Mourinho’s Tottenham stint Jose Mourinho has had a rather mixed start to life in the Tottenham dugout. The coveted manager kicked off his Spurs stint with a 3-2 victory over London rivals, West Ham. Dele Alli looked a new player in that tie and Tottenham as a squad appeared to be lifted by Jose Mourinho’s […]
Read More
101GREATGOALS.COM

'That sounds like an insult' - Some Everton fans fume over claim

The Hammers have a only two permanent contracts up at the end of the current campaign but there are a few key ones in 2021
Read More
FOOTBALL.LONDON 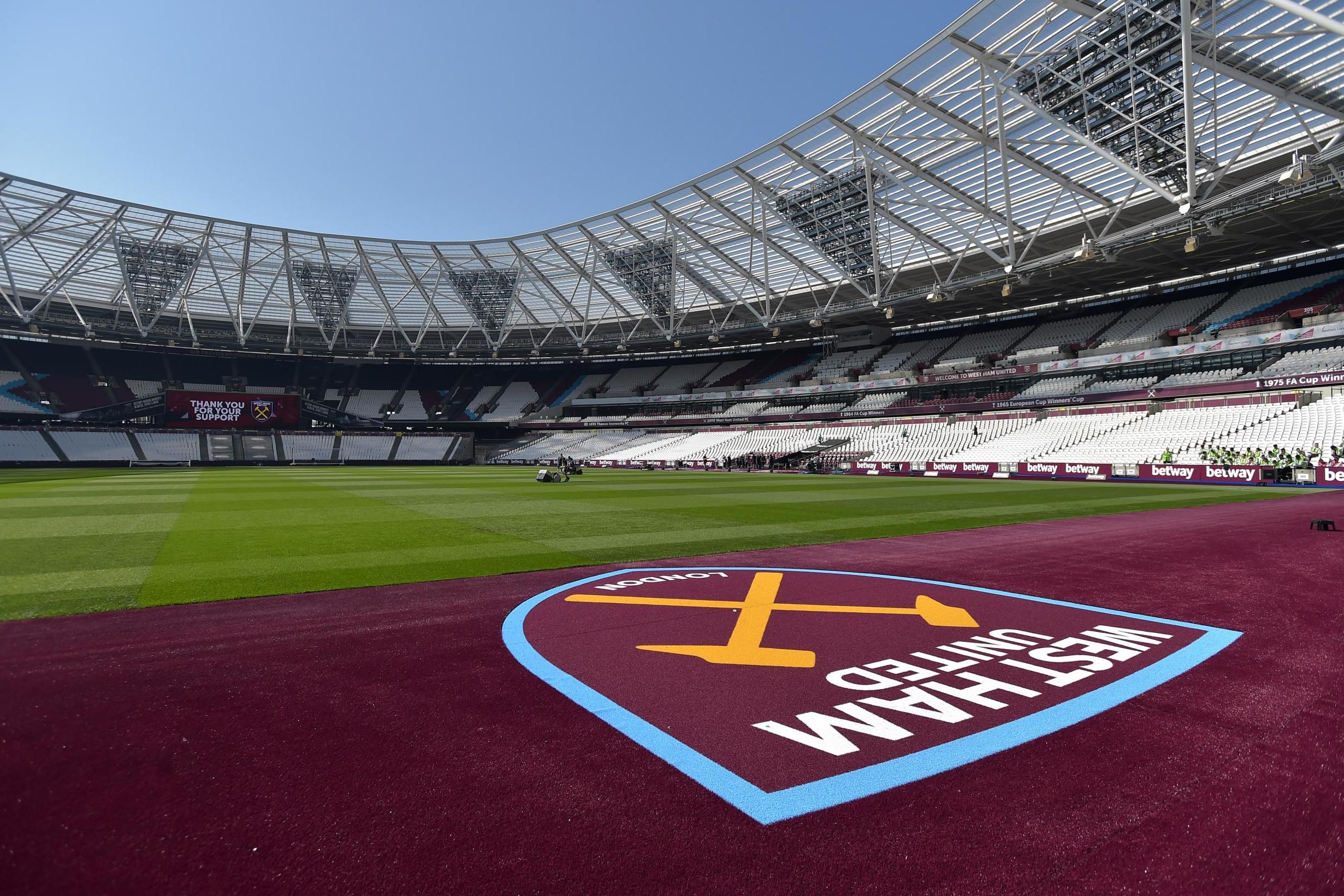 West Ham have moved to quash suggestions they could have to play in front of retracted stands and an athletics track if the season is extended beyond June.
Read More
STANDARD.CO.UK

'Stop, hell no': Some Arsenal fans respond to what Sky Sports have tweeted

Andriy Yarmolenko has his say on his West Ham future

The Hammers winger has had a second successive injury-disrupted campaign in east London
Read More
FOOTBALL.LONDON

The now West Ham manager made four recruits during his 12 months in the Basque country back in 2015
Read More
FOOTBALL.LONDON

West Ham's Karren Brady says clubs want to get the season finished, and they are looking at a number of possibilities
Read More
CHRONICLELIVE.CO.UK

West Ham United insist they have full control over the London Stadium until the end of the football season despite the new chief executive of UK Athletics asking them to waive their tenancy rights.
Read More
DAILYMAIL.CO.UK

11 West Ham youngsters and wonderkids to watch out for

The sport will have to look to the future once it returns and West Ham have some talented young players within their academy
Read More
FOOTBALL.LONDON

West Ham United fans have not seen any sign of Andriy Yarmolenko in the Premier League since November but will he rejoin Dinamo Kiev?
Read More
HITC.COM

Ex-Real Madrid president Calderon: Marcelo will be good for Juventus