With the January transfer window ticking towards its deadline, Marcelo Bielsa has not ruled out new signings, though it is extremely unlikely.
Read More
YORKSHIREEVENINGPOST.CO.UK Leeds United have found a short-term solution for their Elland Road pitch issue with the installation of a £300k hybrid surface similar to the one used by Tottenham Hotspur
Read More
YORKSHIREEVENINGPOST.CO.UK

Leeds United have found a temporary solution to their pitch woes - thanks to some help from Tottenham Hotspur. The surface at Elland Road has come in for heavy criticism of late.
Read More
DAILYMAIL.CO.UK Leeds' 16-year-old talent Max Dean should be unleashed as he begins to mature more at Elland Road.
Read More
FOOTBALLFANCAST.COM

Leeds United are back in Premier League action next week, when they take on Steve Bruce's struggling Newcastle United on Tuesday evening, in a game which should provide an ideal opportunity for the Whites to pick up a win on the road.
Read More
YORKSHIREPOST.CO.UK

The 20-year-old defender is out of contract at Liverpool in June and Leeds are reportedly one of three clubs interested in signing him during the January transfer window.
Read More
LEEDS-LIVE.CO.UK

Leeds United are back in Premier League action next week, when they take on Steve Bruce's struggling Newcastle United on Tuesday evening, in a game which should provide an ideal opportunity for the Whites to pick up a win on the road.
Read More
YORKSHIREPOST.CO.UK Robin Koch has just handed Leeds United fans a huge boost with his latest social media post. The Germany international posted a photo of himself on his Instagram along with the caption “Comeback sessions” which has sparked a lot of excitement in the comments. Koch picked up a knee injury back in December and the […]
Read More
FOOTBALLFANCAST.COM

Leeds United have started 2021 with three defeats and no goals, but January has never been a kind month for Marcelo Bielsa in England nor has it been a month he fails to recover from
Read More
LEEDS-LIVE.CO.UK

With the January transfer window ticking towards its deadline, Marcelo Bielsa has not ruled out new signings, though it is extremely unlikely.
Read More
YORKSHIREEVENINGPOST.CO.UK

In his very first press conference as Leeds United head coach Marcelo Bielsa revealed how he wanted his side to play
Read More
LEEDS-LIVE.CO.UK

The latest Leeds United transfer rumours, including the latest on the pursuit of Erick Pulgar, speculation surrounding Ryan Kent and the future of loanee Rafa Mujica.
Read More
LEEDS-LIVE.CO.UK

Gelhardt shows up, Ayling takes charge and what we spotted in Leeds training

Leeds United has released a video of training at Thorp Arch ahead of next week's Premier League clash with Newcastle United and these are the headlines we picked out from the clips
Read More
LEEDS-LIVE.CO.UK Leeds United have previously been named as one of the clubs interested in rising talent Louie Sibley in what could be an exciting end to the January transfer window. According to Football Insider pundit Kevin Phillips, the Derby starlet would be tempted to make the switch and play under Marcelo Bielsa, who guided the Whites […]
Read More
FOOTBALLFANCAST.COM Alan Hutton has suggested that Ryan Kent could leave Glasgow Rangers this month. Kent could depart Kent was heavily linked with a move to Leeds United last summer, with the Whites even having a £10m bid rejected for the Gers winger (RTE). The Ibrox outfit have been trying to get the 24-year-old to commit to […]
Read More
FOOTBALLTRANSFERTAVERN.COM 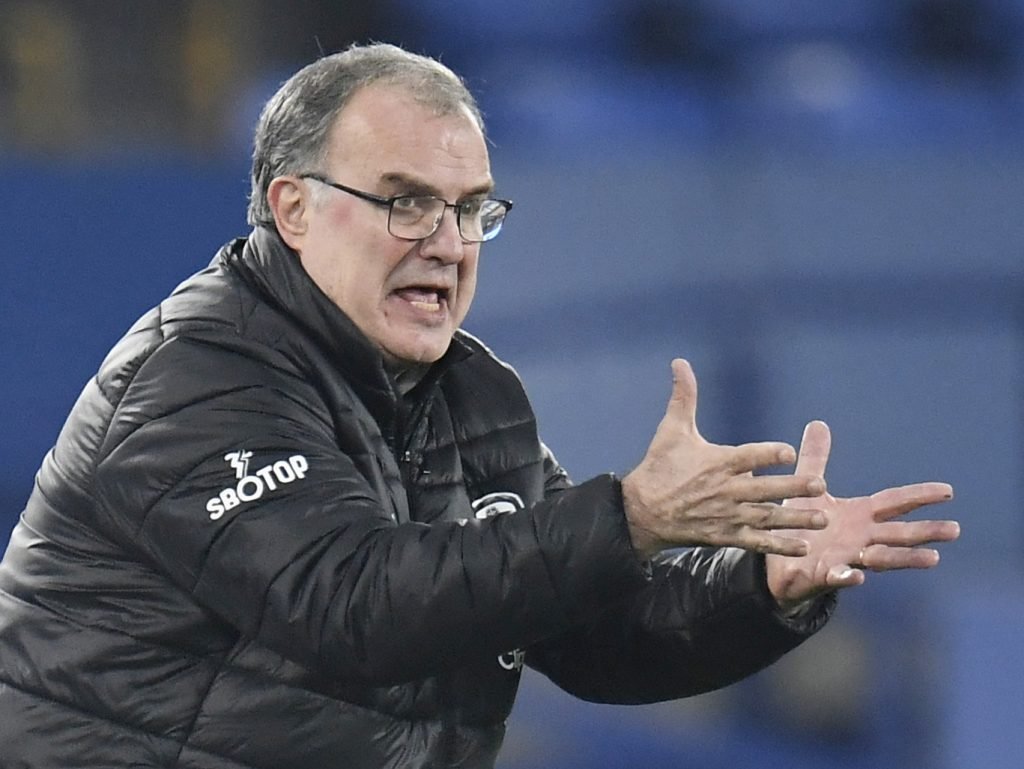 BBC Sport’s Leeds United correspondent Adam Pope has talked about one issue that the club has been facing under Marcelo Bielsa recently. Pope appeared as a guest on the latest episode of the OTB Football podcast and the panel talked about multiple issues involving the Whites. Pope was asked if there are any issues at […]
Read More
THISISFUTBOL.COM Rodri generated all the headlines with his role in Manchester City's opening goal against Aston Villa amid offside allegations, but Leeds United and Patrick Bamford can still feel the most aggrieved
Read More
LEEDS-LIVE.CO.UK As Leeds United prepare for the second half of the season they will be looking to get their chief objective checked off
Read More
LEEDS-LIVE.CO.UK The boss has compared the group to his team
Read More
LEEDS-LIVE.CO.UK

'My understanding is' - Journalist drops update on Southampton-linked attacker

Photo: Mason Mount posts heart-warming post of him as a kid after captaining Chelsea today

Lambert And Who Else?

Video: Mo Salah scores his second of the game to level things up against Manchester United