Aston Villa transfer news | AVFC, West Ham and Sevilla have been linked with a summer move for the
Read More
BIRMINGHAMMAIL.CO.UK 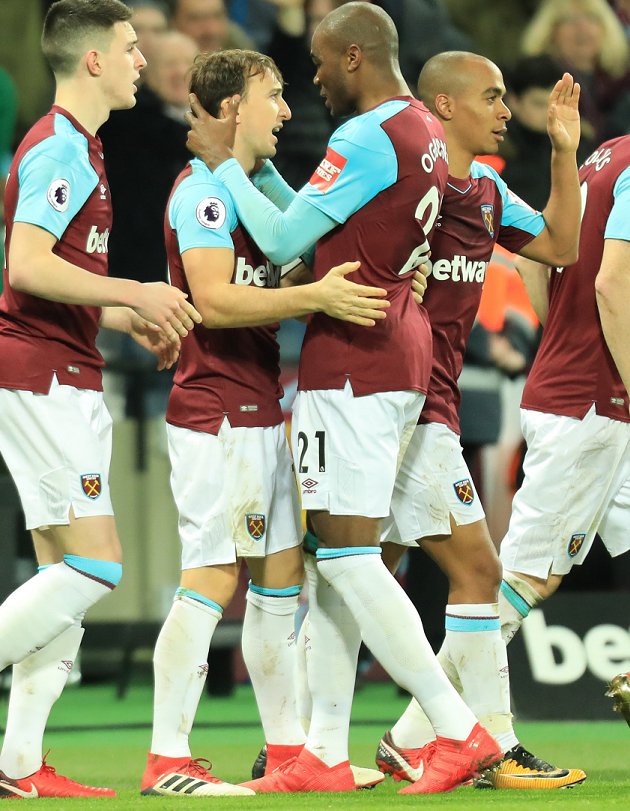 RIO FERDINAND has admitted he enjoyed boozing so much as a youngster he would go on benders and drink ten pints of Guinness before hitting the shorts. The Manchester United, Leeds and West Ham icon has revealed he was part of a major drinking culture early in his career which saw him juggle football with […]
Read More
THESUN.CO.UK

The Premier League have confirmed football will not resume until it is safe and appropriate to do so and fans have had their say on the matter
Read More
FOOTBALL.LONDON

Aston Villa transfer news: The Real Madrid and France legend has spoken highly about the latest player to be linked with a move to Villa Park with Spurs and West Ham also said to be keen
Read More
BIRMINGHAMMAIL.CO.UK

Supporters of West Ham United have been left furious after a transfer report revealed how much David Moyes will have to spend in the summer. According to an answer in a Sky Sports Q&A, “the plan was for Moyes to be given £40 million to spend in the summer”, however, that was before play was […]
Read More
THISISFUTBOL.COM

Wolves have been linked with a move for Sami Khedira and may have to battle West Ham United for his signature. Given the German international turns 33 on Saturday and has struggled with injuries in recent years, it remains to be seen whether he’s worth the gamble. Nuno Espirito Santo already has Ruben Neves, Joao […]
Read More
VITALFOOTBALL.CO.UK

A lot of West Ham United fans have rushed to comment on a post from their club about Carlos Tevez. The Argentinian was signed by the Hammers in 2006 and went on to make 29 appearances for the club and scored seven goals, including a crucial winner on the last day of the season that […]
Read More
THISISFUTBOL.COM

Fans of West Ham United have been reacting to footage posted on Twitter, which showcases the goals of former winger Dimitri Payet. The footage, which was uploaded by the official West Ham Twitter account, showcases all of Payet’s goals and assists during his time at the club. In reaction to the footage, fans of West […]
Read More
THISISFUTBOL.COM

The latest West Ham news in your morning digest as the Hammers deal with the difficult situation of a break from Premier League action
Read More
FOOTBALL.LONDON

Report: Everton ‘interested’ in 27 y/o midfielder but ‘will not match’ £170k p/w salary

According to Sport Bild via The Sun, Everton are ‘interested’ in Mario Gotze and may have to battle West Ham United to procure his signature. The 27-year-old looks set to leave Borussia Dortmund this summer as his deal is up in the coming months. Gotze has struggled for form and playing time under Lucien Favre […]
Read More
VITALFOOTBALL.CO.UK

The Hammers left back has revealed his training regime at home and how the players are coping without competitive action
Read More
FOOTBALL.LONDON

A lot of West Ham United fans have taken to Twitter to talk about a goal Dimitri Payet scored in 2016. Four years ago, on 2nd April, the Frenchman scored a wonderful free-kick that left Crystal Palace’s goalkeeper Wayne Hennessey motionless. West Ham released a video of this goal Payet scored, and it triggered a […]
Read More
THISISFUTBOL.COM

West Ham defender Aaron Cresswell admits the coronavirus pandemic has left him "petrified" for his newborn baby and insists the Premier League should not be forced to return too early.
Read More
SKYSPORTS.COM

West Ham left-back Aaron Cresswell is at home with his newborn girl, his son Sonny and his wife Jess during the coronavirus pandemic, but the 30-year-old admits the Covid-19 outbreak has made him "petrified"
Read More
DAILYSTAR.CO.UK